“This is exactly the kind of song we need right now! Hopeful and inspiring! It has a wonderful, laid back feel that falls somewhere between Rock and Roots music with a haunting melody that's a perfect fit!" ” - Rich Miller

“ "Find the Stars" is one of the best songs of 2021. After putting "Find the Stars" on the Independent Music Network's syndicated radio shows this inspiring song zoomed up our National Charts to #1 on our Country Top 30. KKUL in Las Vegas and KLDL in LA are currently playing the song in heavy rotation. Terry Bell has a hit on his hands. ” - Debi Fee Executive Producer / Talent 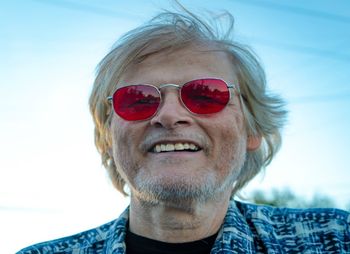 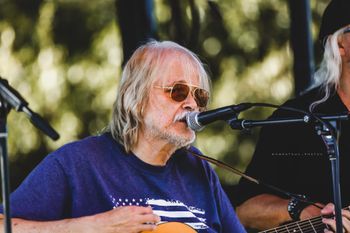 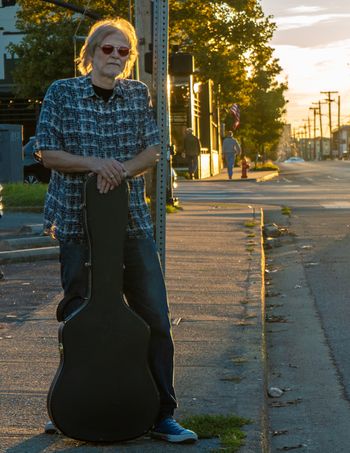 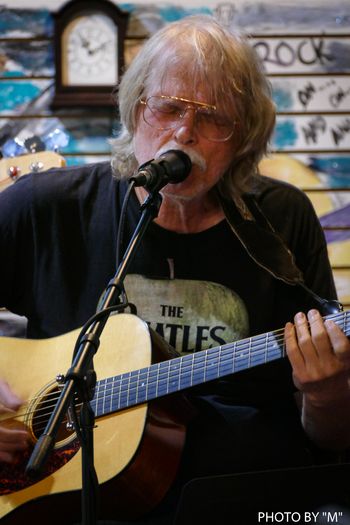 Terry Bell performance at The Time Travelers Cafe in Nashville 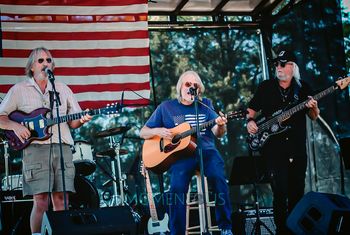 Terry was born a dreamer; and has been following his heart to share his talent with the world. He started down that path when he was 5 years old singing his first solo in church on the radio in his home town of Grand Forks, ND, where he was raised and grew up.

He left home at 18 and started performing in coffee houses, bars from the North Beach area in San Francisco, playing music on Fisherman’s Wharf, at the Catalyst in Santa Cruz, and as a featured artist at the Oregon Country Fair with the 70’s, 80’s country rock band, Dakotah, a top regional act that was based in Eugene, Oregon. Terry has shared the stage with artists; Robert Cray, Elvin Bishop, Country Joe and the Fish, Steppenwolf, Head East, David La Flame and Beautiful Day and David Bromberg.  He moved to Westbury, NY in 1980 and played in local clubs on Long Island including ; Strawberry’s,  was a featured performer at the Rusty Scupper, Hoffstra University and at ‘My Fathers Place’, where Billy Joel got his start.

Terry moved to Nashville in 1988, his easy going and down to earth personality led to his making friends and he began writing songs with some of the top songwriters on music row including; Jennifer Pierce writer of ‘That Old Wheel’ by Johnny Cash, and her songs were recorded by Garth Brooks, Bill Hall who was writing for Loretta Lynn’s company Coal Miners Music at the time. Bill introduced Terry to Loretta and he started writing songs for her, He co-wrote songs with Gerald Smith who penned tunes for George Strait and became friends with Tracy Lawrence, who he met when Tracy first got to town. He co-wrote 3 songs with Tracy who performed them at his Bluebird Café showcase that helped introduce Tracy to the music and label executives in attendance.

Terry’s new single “Find the Stars” just hit #1 in the Independent Music Network Top 30 Country Charts and was featured and won song of the night honors on WNHE Music City Live 365 show, New Music Monday’s. The prize for the winning song was to receive light rotation on their station and on other IMN syndicated stations, KKUL in Las Vegas and KLDL in Los Angles are currently playing it in heavy rotation. Terry is presently working with Play MPE and plans to release his song to Americana and NPR stations the end of MaY and is avaiable to stream and dowmload on the website, Appple music, SPOTIFY, AMAZON, PANDORA RADIO AND ALL OTHER DIGITAL PLATFORMS .

His last single “She’s Got a Heart Like Mine “landed in the top #5 of the Independent Music Network Country Charts and was nominated by the IMN for a Breakout Country Single Award in 2019. Terry’s had multiple songs in the top of the charts including a #1 song for “Crazy over you “with Jake Cauley in the New Music Weekly Country Charts., a #! In the Country Gospel for his song “Take It to the Maker “recorded by Michael Grimm and his country radio and gospel hit “John Wayne & Jesus “: also recorded by Grimm. The song helped to launch Michael’s career, it was nominated for Song of the Year and earned Grimm a Star of Tomorrow Award from the Christian Country Music Association.  Grimm went on to win the popular talent show America’s Got Talent in 2010

TERRY IS A MAN OF FAITH AND A FOLLOWER OF JESUS CHRIST . hE BElieVES THAT A DIVINE HAND HAS BEEN GUIDING AND DIRECTING HIS LIFE AND MUSIC CAREER BECAUSE OF ALL OF THE AMAZING DOORS AND OPPORTUNITIES THAT HAVE OPEN DOORS THAT HAVE OPENED UP FOR HIM SINCE HE TOOK HIS FIRST STEPS TO FOLLOW THE DREAMS THAT WERE PLANTED IN HIM AS A KID.

HE JUST SEEMED TO BE IN THE RIGHT PLACE AT THE RIGHT TIMe that LED TO HIM to BEcoming a SUCCESSFUl  singer songwriter and music business proffesionAL .

Terry's BEEN BLESSED TO GET TO WRITE WITH AND WORK WITH SOME OF THE BEST SONG CRAFTSMAN AND MUSIC ICONS ON THE PLANET.

I WILL BE ADDING MORE MUSIC AND CONTENT IN THE FUTURE  SO PLEASE  COME BY OFTEN.

IF YOU WOULD LIKE TO LEAVE A COMMENT OR MESSAGE  FEEL FREE TO LEAVE IN COMMENTS SECTION  BELOW.